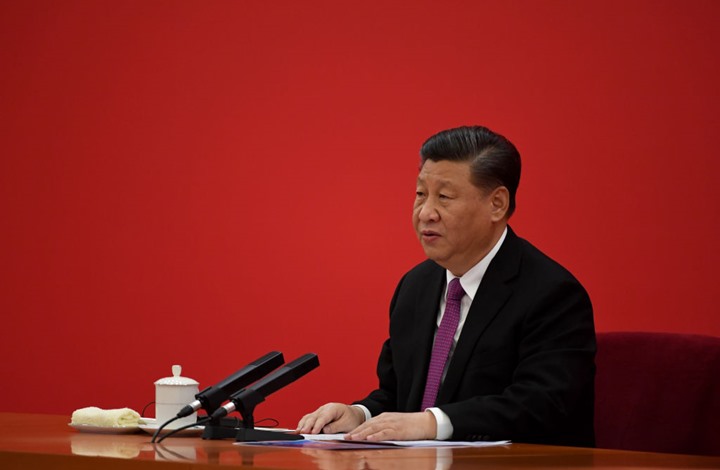 China’s official news agency announced on Sunday that the new Central Committee of the ruling Communist Party has chosen Chinese President Xi Jinping as the party’s general secretary for a historic third term of five years through a closed-door voting process.

The appointment of Xi as Secretary-General of the Chinese Communist Party for a third term paves the way for him to be officially installed at the head of the Chinese state for a new term in March 2023, for at least another five years, after he removed any opposition in the country and within the party ranks.

Seeking to stay in power, Xi in 2018 amended the constitution to abolish the two-term limit imposed on the president.

Xi, who has presided over China for a decade, has succeeded in transforming China into the world’s second economic power and creating an army that is one of the most powerful in the world.

Despite the concentration of the authorities almost completely in his hands, the president is facing a strong economic slowdown, especially as a result of his “zero Covid” policy, with its continuous closure and quarantine measures, the exacerbation of differences and animosity with the United States and international criticism on the level of human rights.

Xi appointed allies among the seven members of the Standing Committee that hold de facto power in China, including Li Qiang, the party chief in Shanghai, Ding Shuixiang, chief of Xi Jinping’s office, and Li Xi, head of the Guangdong Provincial Party (south), according to state television footage from People’s Palace in Beijing.

“China cannot develop without the world, and the world also needs China,” Xi declared in a speech to the press at the People’s Palace.

“After more than forty years of unremitting efforts for reform and opening up, we have achieved two miracles: rapid economic development and long-term social stability,” he added.

He pledged to “work hard to accomplish our tasks,” thanking “the whole party’s sincerity for the confidence they have shown me.”

, and the Politburo, the decision-making body of the Chinese Communist Party, does not include any woman in its ranks for the first time in 25 years, according to its new formation announced Sunday.

San Chunlan, the only woman among the 25 members of the former Politburo, retired, and no woman was appointed among the new members.

The new Politburo has 24 members. On Saturday, there were only 11 women in the new line-up of the 205-member Central Committee.

“Women are still underrepresented at the top of the Chinese political hierarchy,” said the China Neican specialized news letter Sunday.

The letter pointed out that the proportion of women in the new Central Committee decreased from 5.4 percent to 4.9 percent.

“As a reminder, women represent 48.8 percent of China’s population and 29.4 percent of Communist Party members,” she added.

The change in China’s governing bodies, including Xi Jinping’s historic third term at the head of the Communist Party, came at the conclusion of the 20th Party Congress on Saturday.

The Communist Party concluded its twentieth conference on Saturday, after a week of deliberations in closed sessions, with the renewal of 65 percent of the members of the Central Committee, which is the party’s internal parliament.

Shanghai’s party chief Li Qiang appears to be the next prime minister, despite his chaotic administration of the prolonged lockdown imposed on the city last spring. He will succeed Li Keqiang, who will retire.