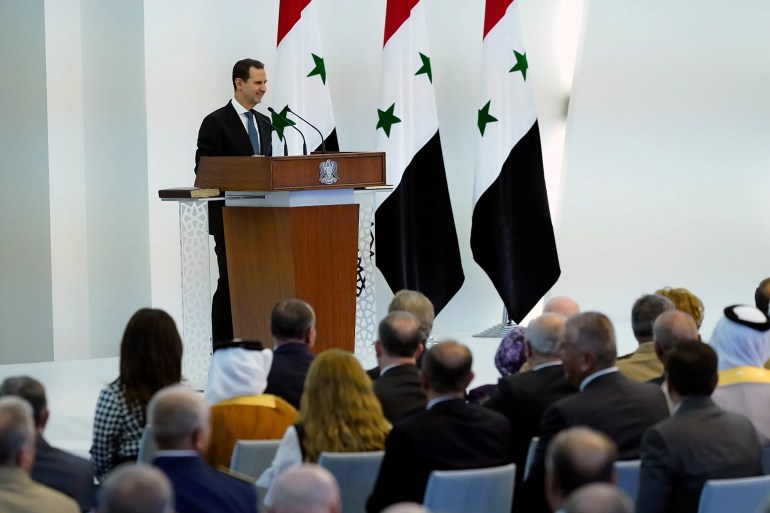 Syrian President Bashar al-Assad has been sworn in for a fourth seven-year term in the war-torn country, after winning more than 95.1 percent of the votes cast in government-held areas.

The May 26 elections were described by al-Assad’s opponents and Western countries as illegitimate and a sham.

Saturday’s swearing-in ceremony was held at the presidential palace in Damascus and attended by more than 600 people, including clergymen, members of parliament, political figures and army officers.

The elections “have proven the strength of popular legitimacy that the people have conferred to the state”, al-Assad, 55, said in his inauguration speech.

reading the article numbers are not great

Syria still in the middle east