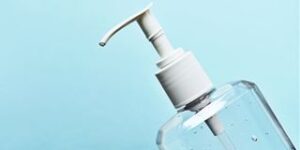 A total of 15 adults were hospitalized and four died after drinking toxic hand sanitizer in a two-month period in two states, according to a new report.

On Wednesday, the Centers for Disease Control and Prevention released a report about cases of methanol poisoning identified in Arizona and New Mexico between May 1 and June 30, 2020. The cases were associated with swallowing alcohol-based hand sanitizers.

Four people died from the consumption of the products made for external use on the hands, and three were discharged with lasting visual impairment, the CDC said.

“Alcohol-based hand sanitizer products should never be ingested. In patients with compatible signs and symptoms or after having swallowed hand sanitizer, prompt evaluation for methanol poisoning is required,” said the health officials. “Health departments in all states should coordinate with poison centers to identify cases of methanol poisoning.”

The U.S. Food and Drug Administration recently flagged a number of hand sanitizer options that contain methanol, which can cause headaches, dizziness, blurred vision, kidney failure, coma and death. A list of more than 75 brands known to contain methanol.

“Alcohol-based hand sanitizers should only contain ethanol or isopropanol, but some products imported into the United States have been found to contain methanol,” the CDC explained…………